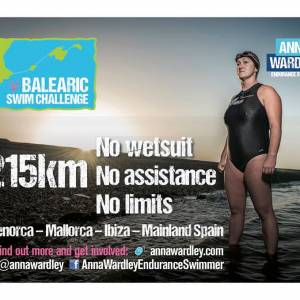 Boatshed Portsmouth were privileged to be invited to the UK launch of endurance swimmer Anna Wardley's next swim challenge. The Balearic Swim Challenge, will see her swim more than 130 miles of the Mediterranean sea her biggest challenge yet. The experienced swimmer will take to the water and go from Menorca to Majorca, then Ibiza and finally on to mainland Spain.

I am so excited to be doing this challenge because it has never been done before.

To date Anna has raised in excess of £60,000 for charity and is a sought-after motivational speaker. She was named Inspirational Woman of the Year 2013 at the Johnston Press South Awards in recognition of ‘her incredible swimming achievements and outstanding efforts raising money for charity’.

At the launch it was lovely to meet with Councillor John Beavis, Gosport Marine Scene chairman and Caroline Dinenage MP showing full support to Anna and thanking her for fundraising efforts, wonderful inspiration and putting a Gosport girl on the map.

Boatshed Portsmouth have previously been involved as shore support crew on a number of Anna's UK based swim challenges whilst she swam her Five Island Swim campaign, around Dragonera, Portsea Island, Jersey, Isle of Wight and the Isle of Tiree.

Boatshed Portmouth wish Anna amazing success with her new challenge and will be following her closely.

Keep up to date with Anna's campaign: 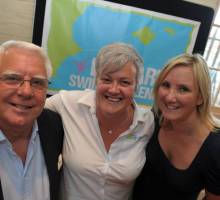 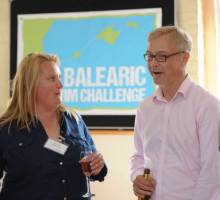 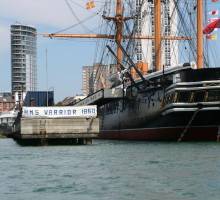 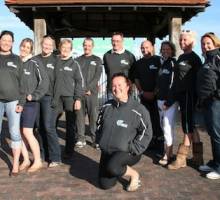