It was a blustery, sunny day giving perfect weather for The "Round the Island Race 2015". 1584 boats racing around the Isle of Wight, approximately 60 miles. Neap tides were 3 days prior to the start of the race, with high water at Cowes being around 08.30. Racing started at 07.00 with the large boats, and the smallest boats started last.

We spent the night in Newtown Creek, ready to report on the Race early next morning. A couple of French boats arrived late from France to take part in the race. The morning of the race we headed towards Yarmouth moorings to watch the first race boats head past Yarmouth and Hurst Castle.

The wind started as westerly 3-4, then slowly built during the morning and became more south westerly 4-5, giving the boats a fast sleigh ride with spinnakers along south side of the Isle of Wight. One boat with 6 crew ran aground on rocks on Dunnose Point.

With over 1500 boats and 16,000 competitors, and a blustery south westerly breeze the race is a challenging one even for experienced skippers and crews. The lifeboats and Solent radio were busy directing rescues the first half of day when most of the casualties happened.

It was a fast race due to weather conditions and close to previous records.

Full results can be found here. 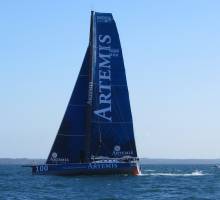 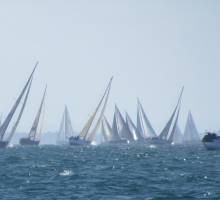 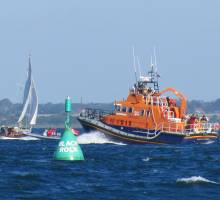 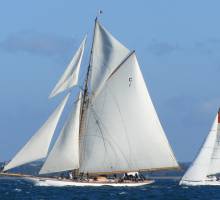 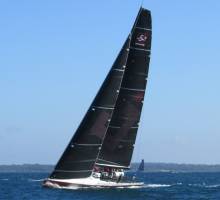 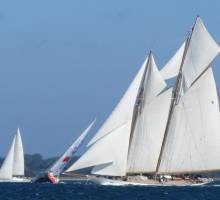